Apple's latest 12.9-inch iPad Pro has dropped to its lowest price to date across several configurations. The 512GB version of the tablet, which is powered by an M2 chipset, is $100 off at $1,299. If you'd like to double that storage to 1TB, you'll save $200 off the regular price, as that version has dropped to $1,599. Similarly, a 12.9-inch iPad Pro M2 with 2TB of storage is $200 off at $1,999. These prices are for the WiFi models, but you can also snag the 1TB and 2TB cellular variants for $200 off the regular price. Amazon isn't offering a discount on the 512GB WiFi and cellular version at the minute, unfortunately. 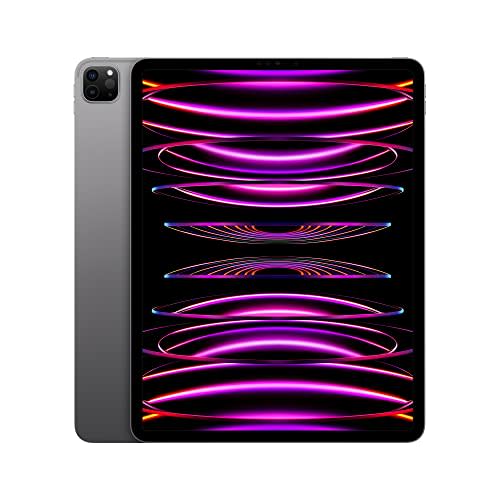 The 12.9-inch version of Apple's M2-powered iPad Pro has dropped to its lowest price to date.
$1,299 at Amazon

The M2 lineup offers significant CPU and GPU performance boosts over the M1 iPad Pro, based on our testing. The latest generation of Apple chipsets power some neat features on the most recent iPad Pro models, including an Apple Pencil tool called Hover. This allows you to see how apps and other aspects of the user interface will react before you touch the stylus against the tablet. For instance, you may be able to see how colors will blend with each other in watercolor apps before applying the brushstroke. The tablet can also now record video in Apple’s ProRes codec in 4K resolution at 30 frames per second.

All told, we gave the latest iPad Pro a score of 87 in our review. The chip upgrade is a big selling point, especially if you already have an iPad Pro that's a few years old and showing its age. Add in a best-in-class screen and design, as well as great battery life, and the M2-powered 12.9-inch iPad Pro may just be worth your while.