Anyone looking for a portable, high-performance gaming laptop might want to move on this Black Friday deal from Razer. Right now this configuration of the Blade 14, normally $2,800, is down to $2,000. This Blade runs on an AMD Ryzen 9 5900HX 8 Core processor, and while that's AMD's previous generation chip, it's still plenty fast to handle the latest titles.

Graphics-wise, it's got NVIDIA's GeForce RTX 3080 GPU and a 14-inch QHD screen with a 165Hz refresh rate. You get 1TB of SSD storage and 16GB of soldered (non-upgradable) RAM, plus 8GB of video RAM. While that non-upgradable issue might hold some people back, this is still a solid deal on a gaming laptop with a good amount of ports, that also happens to be easy to bring along anywhere you go. 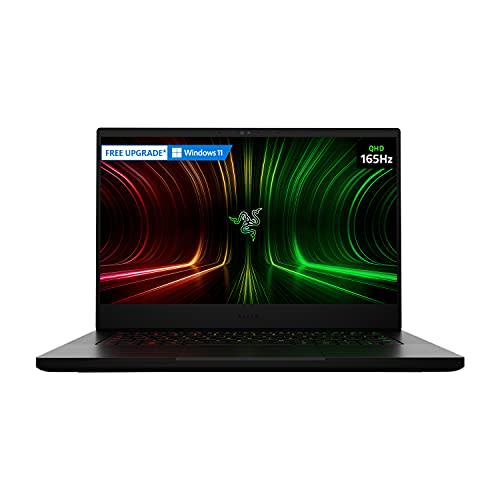 This deal knocks $800 off of Razer's highly-portable, high-performance gaming laptop.
$2,000 at Amazon

The laptop deal is part of a larger Black Friday sale from Razer, which also includes discounts on peripherals like the Razer Huntsman Mini keyboard. This quiet and smooth gaming deck is our current favorite 60 percent keyboard and the deal takes 42 percent off the list price, bringing it down to $70. It's the lowest price we've seen so far, making this a good time to snag a responsive, RGB-lit deck that takes up minimal space.

If space isn't an issue and you prefer the prowess of a full-sized deck complete with direction keys, a number pad and even a wrist rest, check out the company's BlackWidow V3. It's $50 off, bringing it to $90, which is the lowest it's ever gone outside of last year's Black Friday sale. The mechanical keys produce that satisfying clack, and the BlackWidow offers customization for a unique dial above the number pad, a media button and the individually backlit keys.

When we set out to find the best productivity mouse, Razer's Viper Ultimate was our top pick for a gaming mouse that could handle everyday use. Normally a steep $150, it's now down to a more palatable $75. In addition to being ambidextrous and super light, we called it "a pleasure to use for extended periods."

The Razer Seiren Mini condenser microphone is down to $38 from its usual $50. The USB-based mic follows a supercardioid pickup pattern to focus on your voice instead of ambient background noise, and its compact size doesn't dominate your desktop.

Check out the entire Razer sale at Amazon for Black Friday deals on more of the company's gear, including headsets, controllers, and more.

Get the latest Black Friday and Cyber Monday offers by following @EngadgetDeals on Twitter and subscribing to the Engadget Deals newsletter.